Advice From an Alzheimer’s Spouse 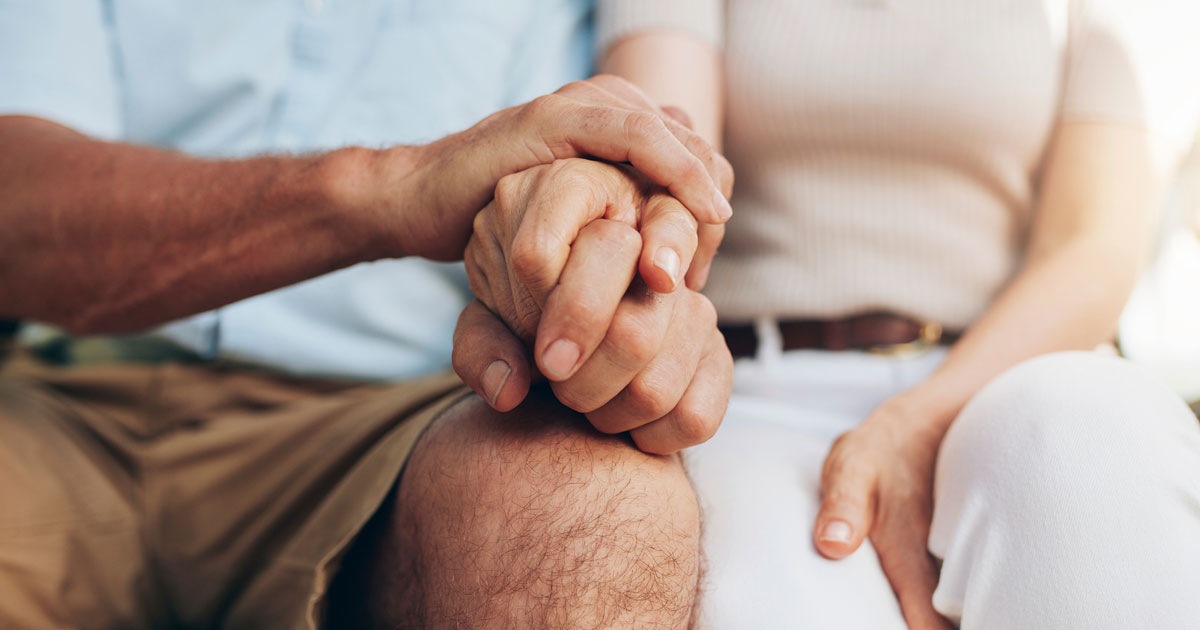 The Story of Donna and Don Delsol

When someone we love develops dementia, their lives and our lives change in many ways.

As their disorientation increases and their personalities start to change, we need to support them in every way we can. This is the story of a strong woman whose life was changed forever when her husband developed dementia — but she never left his side.

Donna Delsol and her husband, Don, from Saskatchewan, Canada, had their ups and downs like any couple, but according to their friends they had what it took to make a marriage work. Don was extremely doting, devoted, and athletic — or he was, until the dementia started to take over his life.

The Road to Diagnosis

One day Don was painting the trim of a cabin he had built. When Donna came across him later she found he had painted the entire screen door, and asked in confusion, “What did you do?” Her husband looked at her, unfazed, clearly not understanding what she was talking about.

When Donna, in a state of shock, told Don he had painted over the screen door, he calmly took a pin and started poking holes in the door.

Don appeared to be a capable, hard working, and healthy-looking man, but Donna began to question his strange behavior, which was becoming more frequent. He was becoming verbally abusive, eating off of other people’s plates, and even urinating in public.

Donna decided to consult a doctor, because she needed to understand what was going on. She had done some research and thought maybe Don was going through “male menopause,” or experiencing some sort of thyroid issue.

After a long process, 55-year-old Don was diagnosed with frontal temporal dementia.

When Donna found out, her world crashed. She hadn’t realized anyone could suffer from dementia so young. It was like her husband had been given a death sentence.

He was told he could no longer hunt, drive, or cook. Don could no longer be around his grandchildren on his own. But Don’s world was still fine, his world did not collapse like Donna’s, because be simply could not comprehend the level of damage dementia had already caused.

But for Donna, the disease took away her soul mate, and so it took away their laughs, their retirement and even life’s meaning.

In place of her husband, there was a childlike man, a shell of a person he once was. Donna believed herself to be a strong individual and many of you who are living through something similar can only be so strong.

According to Donna, there was not a single day in 18 months past Don’s diagnosis that she had not cried.

She would try to keep her husband in bed as long as she could, because if he stayed in bed, her day would not go too far off-equator. The minute he would get off the bed her day would start to shift.

Sometimes it would get so bad that she would make him go back to bed and try to make him watch movies the rest of the day.

Their friends did not understand because Don was still very much a capable-looking man; if he had lost a limb or if he had any type of physical illness, people would have respected him — they would have treated him differently.

But because he did not have any apparent inability, people expected him to do what was socially acceptable.

Donna found it easier to remove themselves out of social circles rather than try to make it work by coming up with excuses every time.

Sometimes she would swear at him out of frustration, asking him to shape up. She just wanted him to be her Don again, but he was not even aware there was something wrong with him.

Donna tried to make sure her husband would be engaged with things that would help him feel positive — activities that would get him to feel successful even if for a little while.

Studies have shown that most of us are not doing as good of a job caring for our loved ones as we could. The reason we are failing is because many of us are neglecting ourselves in our care for loved ones, and we experience caregiver burnout.

When you fail to take care of yourself, you are not being the best caretaker you could be. Here are a few tips from Donna, to help you and your loved ones cope with the disease in better ways.

You May Also Like:Sensory Stimulation Activities for People With Alzheimer’s and Dementia
Related Search Topics:

Remember all those friends and neighbors who said, “Don't hesitate to call if you need anything at all”? Well, it's time you gave them a call.

It is okay to think nobody can care for your loved one as well as you can, what’s not okay is not giving people a chance. Even if all they do is stay for a while with your loved one, take this time to think of something else and regain your sense of peace and calm.

Start small at first. You do not want to inadvertently isolate yourself and your loved one by staying home all the time.

Schedule visits from relatives, friends, and neighbors to socialize with your loved one, and allow them to pursue some social activities together.

Exercise With or Without Your Loved One

It’s vital that you stay healthy and exercise — even if is just walking around the block. Get out there and do it.

It will not only help, but you will learn that you can guide and assist others with your experiences, too. You will feel supported by the shared experience and friendship.

Try to find it in little things you do together. Your loved one will be happier and more relaxed every day — and so will you.

Audrey Throne
Audrey Throne is a freelance writer by day and sports fan by night. She writes about tech education and health-related issues (but not at the same time). She lives simply, gives generously, watches football and loves technology.
Resources
Print This