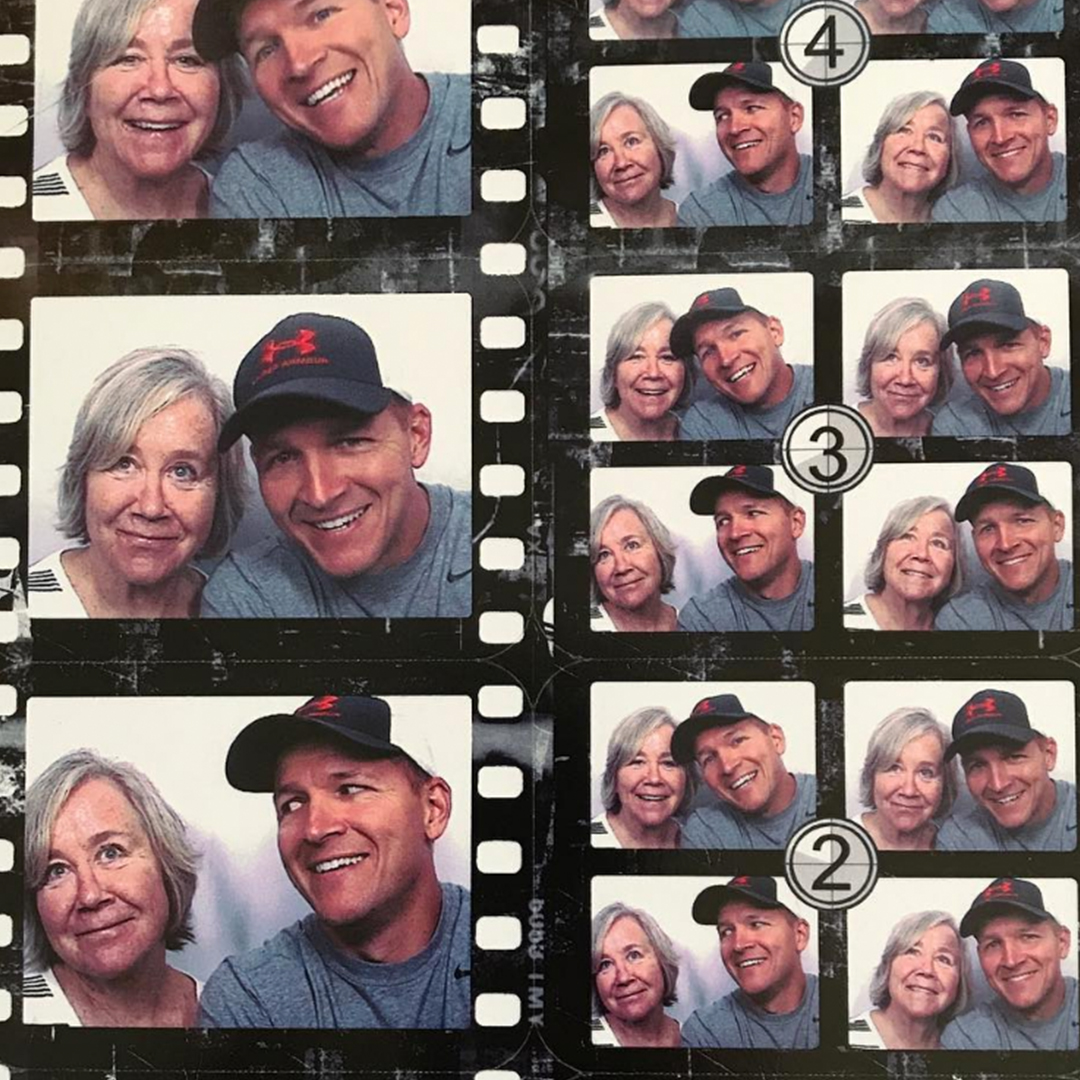 At the beginning of this year Joey Daley began to film his day-to-day interactions with his mother, Molly, and post the videos on YouTube.

Two or three times a week he picks her up from the nursing home where she lives and takes her out — to the mall, to dinner, to get her hair cut. Simple enough, and yet these videos are incredibly powerful.

LBD refers to both dementia as a result of Parkinson’s disease, and dementia with Lewy bodies, which are protein deposits in the brain. It is the third most common form of dementia after Alzheimer’s and vascular dementia.

In his first video, Joey describes it this way: “You slowly forget how to do everything that you’ve done your entire life.”

Joey started the video series hoping to help people better understand how dementia impacts both the people living with it and their caregivers.

“I had some family members and friends, I could just kind of tell that when I would try to explain to them what she was going through, the things that she was saying, that they just didn’t seem like… I just couldn’t describe it in words,” he told NewLifeOutlook.

“I thought it would just be a handful of people that would follow. I had no idea it would be this big.”

“I just felt like it was such an injustice for [people with dementia], because people don’t know what they’re going through.”

A social media account or a blog wasn’t going to cut it. “I knew it was going to have to be something drastic … I wanted people to see it in real life.”

Joey published his first video in mid January. Since then more than 70,000 people have subscribed to this YouTube channel and his videos have been viewed millions of times.

“I thought it would just be a handful of people … that would follow. I had no idea it would be this big,” he says.

The sixth video he published, a few weeks into the project, was the tipping point.

In the episode, which over 2 million people have now watched, Joey picks his mother up from the nursing home, and in the car on the way to the mall he asks about a conversation they had previously, when Molly couldn’t remember who Joey’s father was. She’s still not sure.

At the mall they do some shopping, Molly gets her hair cut, and the pair takes photos in a photo booth. Then, over a drink at the food court, Joey asks if Molly knows who his mother is.

He asks if she knows who he is, and how they met. She doesn’t know, and guesses they met at school. Repeated prompts and questions lead nowhere, and Molly is confused and troubled when Joey starts to cry.

Later, in the car after dropping Molly off at the nursing home, an emotional Joey says it has been the hardest day of his life.

“She knows my name but doesn’t know who I am. I tried so hard to get her to tell me who I was … but she just doesn’t know.

I had some family members and friends, I could just kind of tell that when I would try to explain to them what she was going through, the things that she was saying, that they just didn’t seem like… I just couldn’t describe it in words.

When she first started showing symptoms of LBD in her mid-50s, Molly’s family and doctors thought she had developed depression.

Both of her parents and her sister had passed away within a three-year period, and so when she started having trouble at work, everyone put it down to that.

“We told her to go to the gym, start some hobbies, go out and take a walk. You just make all these suggestions that they can’t do,” Joey says.

She couldn’t keep up with changing technology and the pressure of sales became too much, so she left her job — but things only got worse.

Gradually, she began to struggle with driving, taking medication, cooking, bathing, “until she couldn’t really do anything on her own.”

Even though her family knew something was wrong for a long time, it took years for Molly to get a diagnosis of LBD.

“It happens a lot with people,’ Joey says.

“Early on it’s hard to figure out what the problem is, you’re just hopping from one doctor to the next. Once it gets bad is how they know 100 percent.”

Even then, he says he had no idea how bad things were going to get. In the past two years as the disease has progressed, Molly’s decline has sped up.

“The state she’s in now, I can see changes weekly, or every couple of weeks,” Joey says.

Do you have any advice for those caring for loved ones with dementia?

It’s hard just to say, ‘Put your feelings aside,’ but for me, I don’t have to cry often. I think you can train yourself to have your breakdowns when it’s needed, but there’s no time to have emotional breakdowns all day long. You just have to get the job done and keep your mind as healthy as possible during the process. It really takes practice. You can practice to do anything, and I think it’s just staying calm and being patient and just not panicking. When you’re not relaxed and calm and patient, then you end up doing things that you shouldn’t do. The key really is just patience.

The reaction to his videos has been overwhelming. Caregivers from all over the world watch Joey and Molly every week, and over 30,000 have joined the Molly’s Movement Facebook group.

Members of the group post photos of the loved ones they care for, share their challenges, and send messages of support to one another.

Many caregivers posting and commenting express relief to know that others are going through the same thing they are, and thank Joey for filming his videos and creating the group.

“I knew it was going to have to be something drastic … I wanted people to see it in real life.”

Neurology professors have even used the videos in their classrooms, and nursing homes are using them to help train their staff.

Despite helping thousands of people, creating and running Molly’s Movement hasn’t helped Joey deal with his own struggles at all.

“I think it’s actually put more pressure on myself. Now I have a group I feel responsible for.

“I have to live it, I have to edit the videos, and then I have to upload them, read the comments.

“It’s really just consuming. Now there’s absolutely no downtime at all. But you know, our motto is keep moving forward, so that’s all I can do is just keep going.

“I didn’t want my mother to die in vain. So at least something good is going to come out of this, and Molly’s Movement can go on forever in memory of her, which is what I hope happens.” 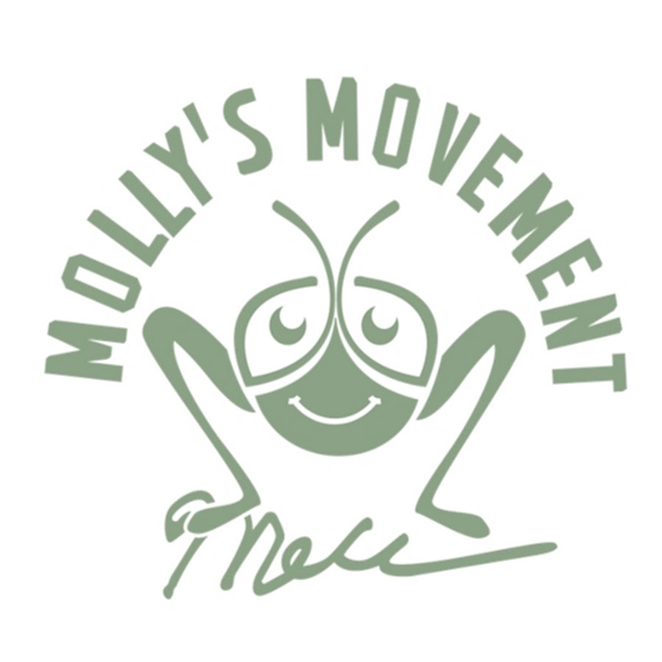 If you care for someone living with dementia, join the Molly’s Movement support group on Facebook.

By joining the group you’ll receive a notification every time Joey posts a new video, and be able to connect with thousands of other caregivers who truly understand what you’re going through.

You may even discover some new coping skills or strategies to help you be a better caregiver. Even if you don’t want to share your own experiences with the group, reading what others post and watching Joey’s videos will help you to see that you’re not alone.

When you have a chronic illness, feeling like you’re part of a community and knowing that you’re not alone in your day-to-day struggles is important.

Some voices in this community stand out as pillars of strength, always there to listen and offer words of understanding and encouragement. Their realistic but positive outlook has a way of empowering others.

NewLifeOutlook’s Community Voices project is our way of recognizing these people — and we need your help to do it.

If there’s a blogger, a tweeter, a YouTuber, a Facebook group creator or a forum moderator who inspires you to persevere in the face of chronic pain, fatigue and brain fog, we want to know about it — nominate them by contacting info@newlifeoutlook.com