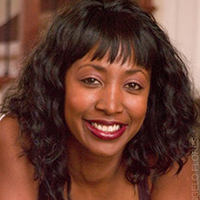 What were the steps leading up to your diagnosis?

My paternal grandmother was diagnosed at age 80. My father was her caregiver until the summer of 2001.

One week after September 11, 2001, I realized during a phone conversation that my 63-year-old father was suffering from Alzheimer's disease too. He was diagnosed in October. In the midst of a midlife crisis I tried to balance my life as a wife, mother and struggling stand up comedian. That phone call added the role of caregiver for my father and his 89-year-old mother to my already over-loaded plate.

Take care of yourself. You cannot help others if you allow yourself to fall apart.

Who has been there for you? How?

I was pretty much on my own. I have tried to be there (via phone) for each of my other family members who have had to deal with this situation.

What lifestyle changes have you needed to make?

My grandmother was ultimately taken away from my dad by the state and placed in a nursing home. My dad came to live with my family and me. He stayed with us until he got too volatile and I had to put him in a nursing home.

What's your advice to someone else living with Alzheimer's?

Take care of yourself. You cannot help others if you allow yourself to fall apart.

[I'm proud of] being there and living through it.

Is there anything else we should know?

I have written a book about my five-year experience. It is called Forgotten Tomorrows, Crazy Todays. It is available on Amazon in both paperback and ebook. I am giving 50% of all royalties to different charities mentioned in the book.