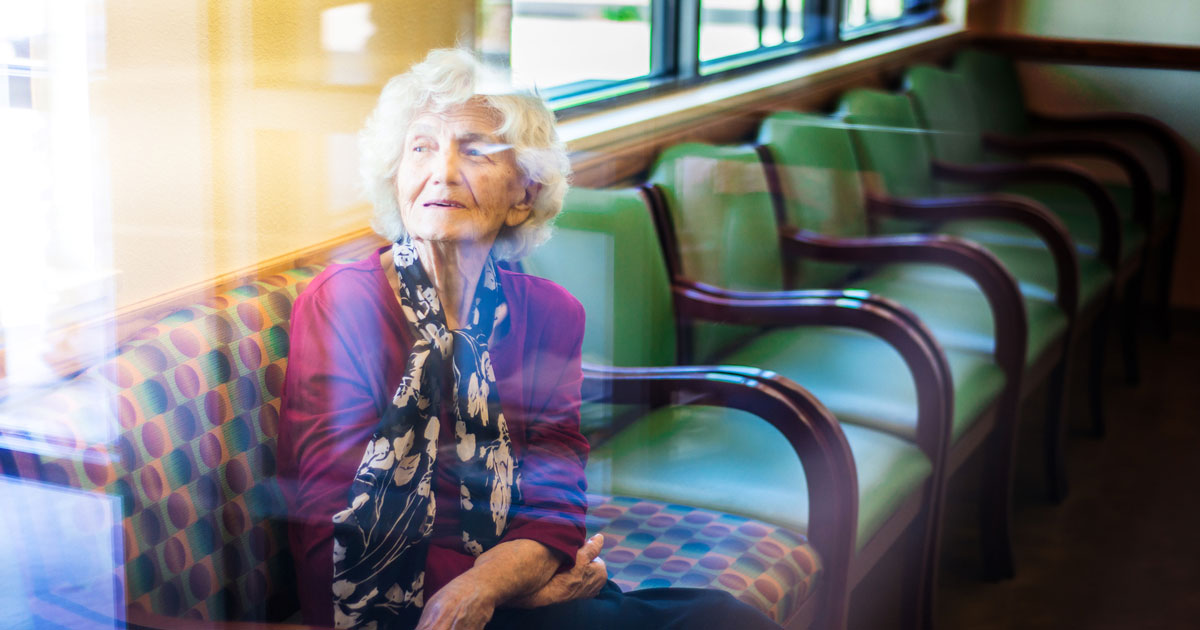 You May Also Like:First Indications of Alzheimer’s
Related Search Topics:

Individuals with the sixth stage of Alzheimer’s disease will often need constant supervision and frequently require professional care. It’s at this time that you may like to consider a care home for your loved one where they will receive 24-hour care. Some families choose to move their loved ones into their homes and give up work to care for them. It’s important to find a solution that works for your family.

The symptoms a person in this stage of Alzheimer’s disease will usually experience include confusion, a lack of awareness of the environment and surroundings, major personality changes and potential behavior problems. They will usually need assistance with activities of daily living, such as toileting and bathing.

They can become unable to recognize faces except for their closest friends and relatives. They are often unable to remember most details of their personal history and also usually lose bowel and bladder function. It’s not uncommon for them to become prone to wandering.

Not only is the individual with Alzheimer’s disease likely to become distressed by their symptoms, but it can also be an upsetting time for their carers and loved ones. It is not an easy thing to watch your family member go through, and you may experience feelings of grief since it can seem that they are no longer the same person.

All of these feelings are a completely normal part of the process, and it’s so important that you access support to enable you to support your family as best you can. Speak to your doctor about what support is available in you your local area.

It is thought that this stage of the disease lasts, on average, 2.5 years.

Stage seven is the final stage of the disease. Alzheimer’s is a terminal illness, and patients in stage seven are nearing the end. Many people with Alzheimer’s disease don’t even make it to this stage and pass away before they reach it, often due to other health conditions such as heart attack or stroke.

In stage seven of the disease, patients lose the ability to respond to their environment or communicate. While they may still be able to utter words and phrases, they have no insight into their condition and need assistance with all activities of daily living. In the final stages of the illness, patients may lose their ability to swallow. If this happens, it is often decided that they should be fed through a tube in their stomach.

If you aren’t already accessing permanent care services, then you may like to get something in place now. Even if you have your loved one at home with you, you will usually benefit from medical input and some assistance with their care. Caring for a loved one in the final stages of Alzheimer’s can be exhausting and challenging on so many levels, it’s really important to make sure that you are well supported.

This is a tough stage to cope with for anybody who loves the affected person, but many people take comfort from the fact that at this stage, the person with Alzheimer’s has no awareness of what is happening to them. So long as due care and attention are paid to their calm and comfort, then there’s no reason why their lives can’t end peacefully and beautifully.

Changes to Watch For

As brain cells begin to deteriorate, memory and cognition begin to falter, and these can bring along some personality and behavioral changes. Many people with early-stage Alzheimer’s continue to live independently, and may not show many outward signs of cognitive problems. However, you may notice subtle changes in their demeanor, like:

As the brain continues to deteriorate, mental processes drastically decline and basic physical processes begin to suffer. They may experience difficulty with swallowing, walking and communicating verbally, and eventually will need full-time personal care. Behavioral and psychiatric symptoms common in late-stage Alzheimer’s include:

The middle stages of Alzheimer’s often last for many years, and can bring varying degrees of early and later symptoms. Typically, patients who have passed the first days of mild cognitive impairment but haven’t yet experienced massive cognitive decline will have trouble expressing their thoughts and performing routine tasks. Anger and frustration are common during this period, and unexpected or unpredictable behaviors may increase in intensity and frequency.

You May Also Like:What You Can Do To Prevent Alzheimer’s Disease
Related Search Topics:

In the early stages of Alzheimer’s, it’s important to offer lots of optimism, compassion, love and assistance. Remember that these “early stages” can last for years, and that means your loved-one could continue to function well and happily for a long time before cognitive problems progress. Be a good companion, helping out with cues and reminders, and encouraging communication and enjoyable activities.

It can take a lot of patience and energy to keep up with the pervasive physical and psychological challenges as Alzheimer’s progresses into later stages, but it’s important to stay as calm as possible and honor requests while simultaneously working “behind the scenes” to ensure a safe and secure living environment.

Tap into helpful resources, like support groups for caregivers, a trusted doctor, and close friends and relatives for an emotional outlet and helpful advice. The more worn out you feel as a caregiver, the more difficult it will be to stay in control of your responsibilities and your own happiness.